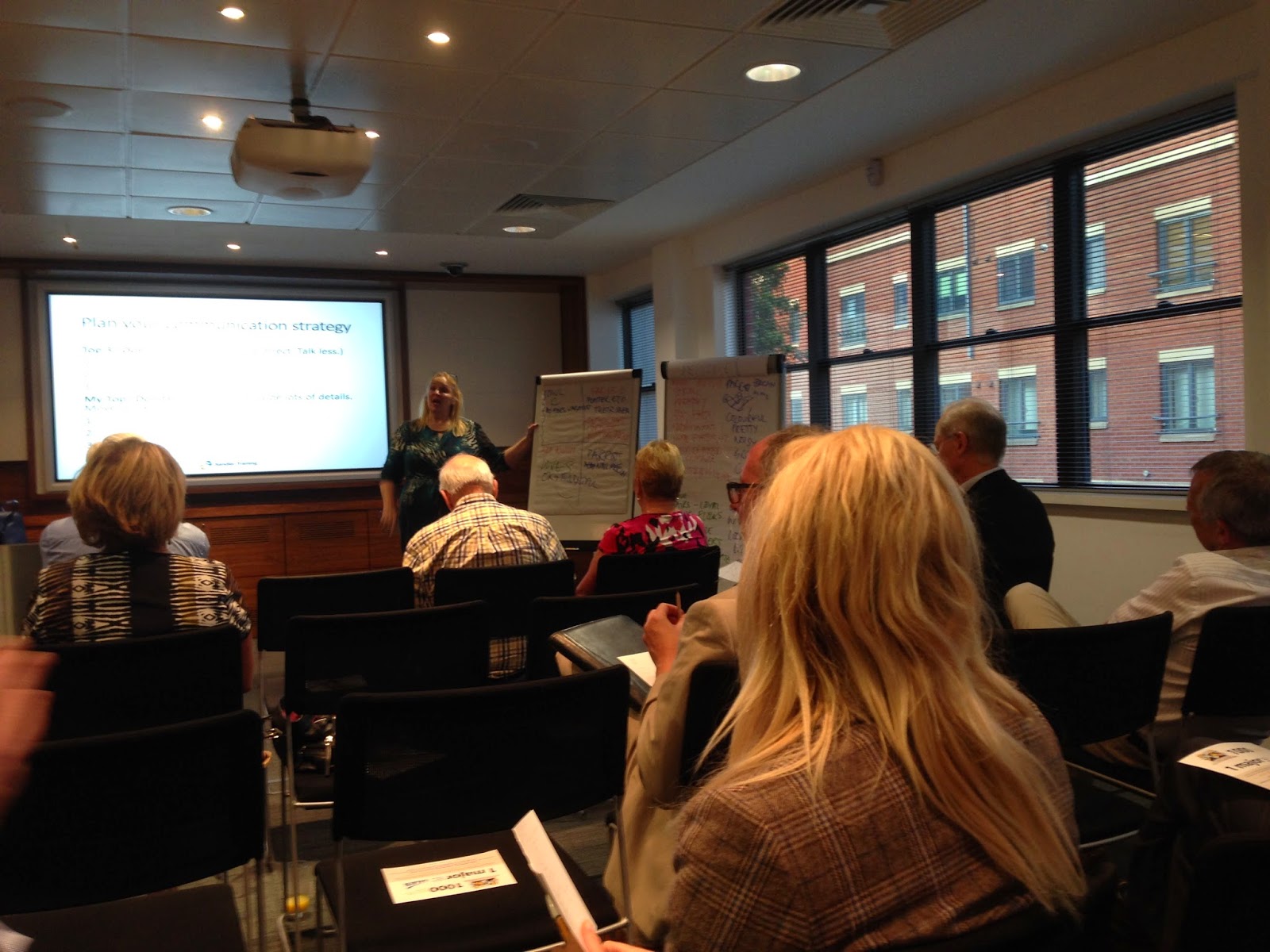 Ermine Sandler has been on my radar for a little while. Mostly via twitter. It was clear to me straightaway that she is a huge personality in the local business community. I was lucky enough to bump into her at a SyncNorwich event a while ago and a week or so later we got together to find out what each other was doing. It was a productive meeting and I believe things are starting to come of it already. During the meeting Ermine invited me along to a free workshop she was running on increasing business influence. I’m involved in a lot of things outside work and my free time is at a premium, but I was determined to make it along as I definitely need to be exposed to more non-tech events and people.

I’m really glad I did. It was excellent.

Despite having checked the dress code via twitter and being told that people were coming along in whatever they were wearing at work, I do wish I’d upgraded my shorts and sandals! Next time.

The event started, as so many do, with informal networking and an extremely nice buffet. It  was good to see some other people I already knew, including a client. I was very pleased to meet Chelsea Bales who used to work in the conference centre at St. Andrews House where the workshop was being held. She is now studying event management at UEA. Chelsea is a superb contact for me as I organise a lot of events. 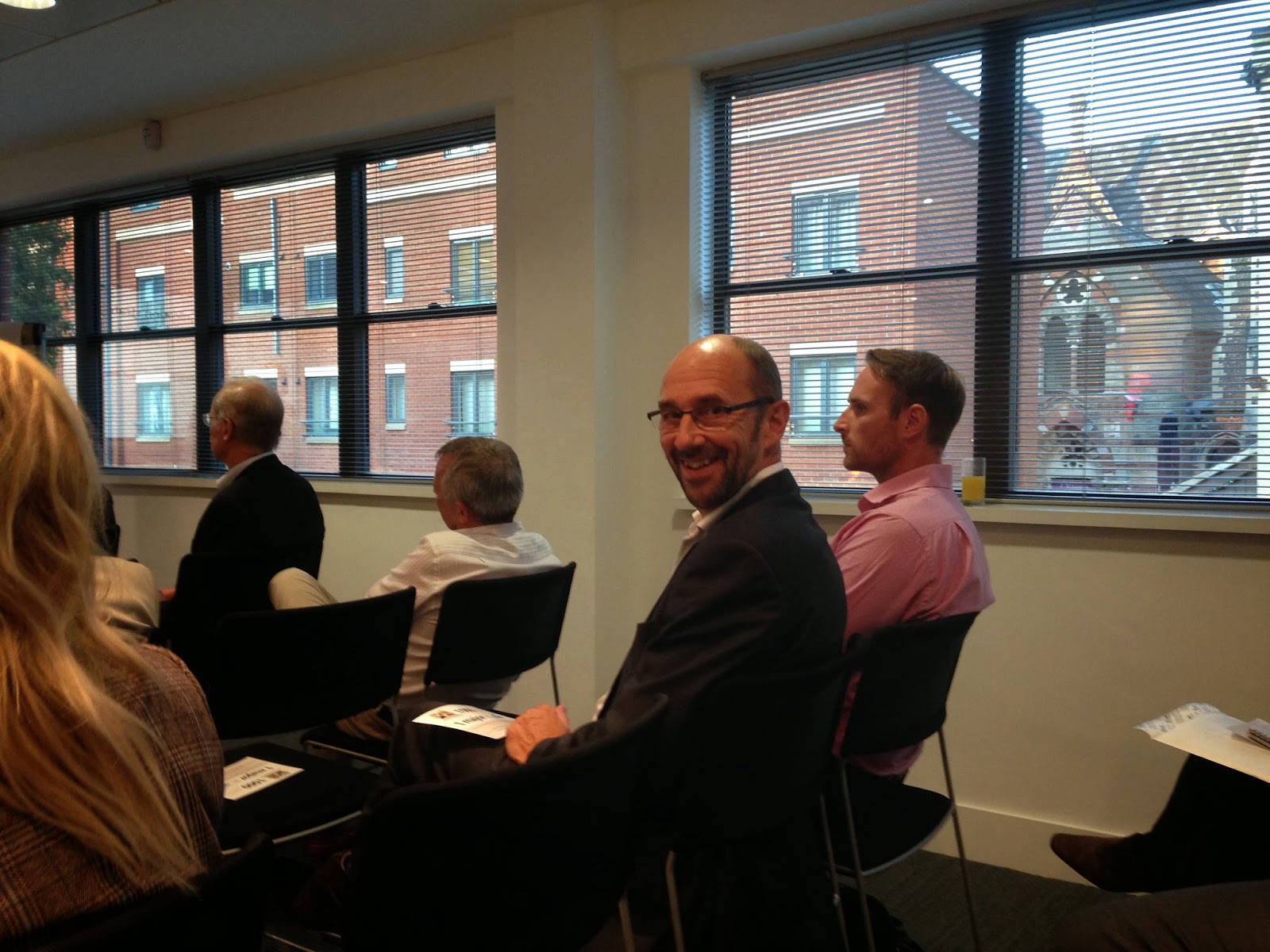 After a little while the workshop was about to start and we were ushered into the seminar room where I was at the back sandwiched between another of the team at Naked Element and my client. I could see from the off that we were in for a fun and raucous time.

Ermine explained to us about a golden rule her mother taught her when she was younger.

And then proceeded to tell us that it was wrong and it’s better, in business and the workplace at least, to understand the type of person you’re dealing with and treat them accordingly. The rest of the workshop was dedicated to identifying and understanding the four main categories it can help to classify people into: 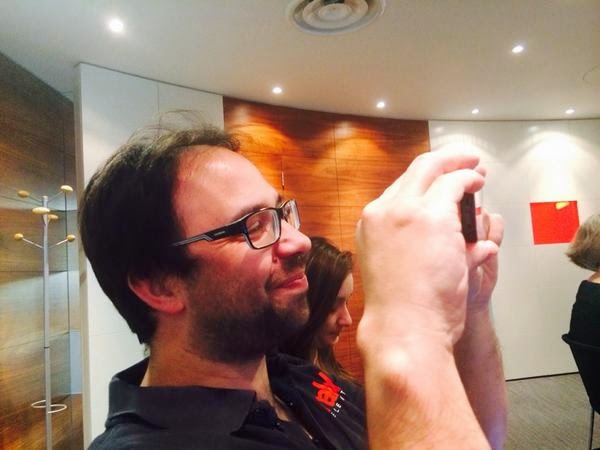 I’m not going to explain the details of the DISC styles as they’re readily available on the internet and you really should go along to see Ermine to find out about them.

What followed was one of the most enjoyable sessions I have taken part in for quite some time. Ermine has a huge amount of charisma, which encouraged a large amount of highly informative and amusing audience participation. My favorite type of learning is when I’m having fun and interacting with others and laughing.

What I would dearly love to see are more free sessions like this and to get some of the more enterprising techies I know along to see if we can get more of them out of their shell and I say that as someone who can still see plenty of swirly patterns in their peripheral vision.

Since the workshop I have completed an assessment, sent to me by Ermine, to determine my DISC type. I don’t have the results yet, but my fingers are tightly crossed for Owl!