NorDev Event: An Evening of DevOps

What: NorDev: An Evening of DevOps

Application and infrastructure are never as architecturally pure or simple as we would like. You can’t always rely on working in your language of choice. With this in mind we’re going to take a look at how TFS can help you with this whether you work with Java, .net or something else.

We’ll cover a number of topics including:


This talk will be aimed at developer though it shouldn’t matter what technology is being used.

With the shortening of delivery cycles; adoption of agile; and a focus on continuous delivery; there is a growing need to deploy application faster and more reliably. Microsoft Release Management with TFS 2013 is a new entry in this space complementing Microsoft’s existing Application Lifecycle Management offerings. This is a semi-technical demo, so it should be of interest anyone who’s involved in the release process specifically on the Windows Server Platform.

See how Release Management can:

Chris (@chrispont) and John (@ijyijohn) are both experienced developers / technical architects and have recently set up a new venture in Ipswich called IJYI (@IjyiLtd) offering bespoke development and consultancy in ALM, Team Foundation Server and SCRUM. They both have strong experience in .NET and the Microsoft ecosystem, are both certified ScrumMasters and have a huge interest in development process and the tooling that can ease transition into a more agile approach to application life cycle management.
Posted by Paul Grenyer at 09:05 No comments: 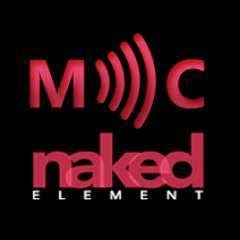 As many of you know, this year’s MobDevCon had to be cancelled just weeks away from the conference. We wanted to release a statement to let those that had reserved tickets for the conference and were looking forward to the conference following on from the huge success of last year’s MobDevCon 2013, know the reason behind the event being cancelled. Unfortunately, even after extending the early bird tickets at reduced prices, and the sale of tickets for a further working week, there were only 10 paying delegates confirmed to attend. Add to this the sponsors, speakers and organisers this figure did rise to 40 people however we wanted to protect our relationships with the confirmed sponsors and it’s important to us to deliver on our promises. Having predicted around 100 paying delegates we felt that this would not present our sponsors with a fair return on their sponsorship investments. The low numbers of paying delegates also meant that the revenue generated from the conference would not cover its breakeven point and proved to be an unfeasible proposition for  Naked Element Ltd. to undertake.

As we’ve mentioned last year’s conference was a resounding success and we’d like to hear from you, as past attendees or members of the mobile development community, how we can make the conference a success once more and try to address the reasons behind poor ticket sales. We’ve had fantastic feedback from previous conferences and have the passion and commitment to bring the latest in mobile developments to the area and feel that there’s still life in our Mobile Development Conferences.

We would really appreciate if you would take just 1 minute out of your day to answer our questionnaire. All responses will be anonymous unless you specify otherwise and responses will be held in strict confidence. We will be taking your valuable feedback into account when organising future conferences and this will enable us to deliver what you want, how and when you want it.

Complete the questionnaire: https://www.surveymonkey.com/s/J9WT5KJ
Posted by Paul Grenyer at 08:56 No comments: