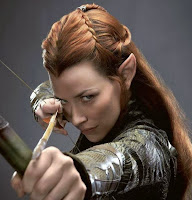 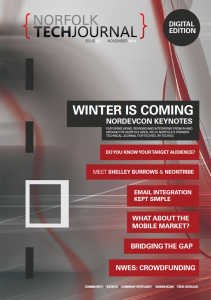 Posted by Paul Grenyer at 19:00 No comments:

As part of Aviva’s ambition to adopt Agile the group COO created an exchange programme with the Suncorp Group in Australia and New Zealand. A team of 4 Aviva people travelled over to see the Suncorp IT and Business operations in Sydney, Melbourne and Brisbane from July to October this year. What we saw was an organisation that has been on a long, challenging and rewarding journey to embrace Agile at Enterprise scale within the Insurance and Banking sector. This talk will share the background to the exchange programme and the companies involved, share what we experienced including a video we created for Aviva and talk about how Aviva is furthering its Agile ambitions and learning from the exchange programme.

The presentation will also discuss one of the major programmes underway at Suncorp covering how the team approached the technology and cultural challenges of running Agile at scale in a complex organisation and highly regulated sector.

Rob Hills is a 12 year Aviva veteran with a background including most roles in IT. A fan and practitioner of Agile, Systems Thinking and Lean I’m constantly discovering how much I don’t know and the Suncorp experience helped reinforce this! On returning from Suncorp I’ve been asked to work with the major change programmes within Aviva looking at how we can further develop our Agile adoption.


Preaching the gospel of the Government Digital Service Design Manual

Over the last two years there's been a step-change in how central government has approached web projects. I'll give an outsider's view of the story; how it started, and where it might go next.

People have been telling government it's been doing things wrong for years: folk like MySociety and Rewired State from the technical side, and any number of new stories of big projects gone badly wrong. In 2010, a report by Martha Lane Fox called for a revolution. Fix transactions, fix publishing, build a government digital service, get open. Government listened. Alpha, beta, live followed: publishing first, transactions next. Award-winning, user-centered, iterative, aimed at getting people digital by default.

Importantly for us, they wrote down how they did it; and how they want the rest of government to do it. The Government Service Design Manual isn't perfect by any stretch, but it's the best articulation I've seen of how I think things should be done, and I'll step through it. I think it has huge ramifications for the spread of agile development practices elsewhere.

Harry (Harrold) remembers the last dot-com boom, and left the US technology company who bought his start-up out when they asked him to move to Texas. After a long break, he started really learning again in 2007. He believes empathy is a key skill for developers and designers, or as he says "If you care about the people who'll use the software you're creating, it'll be better software."
Posted by Paul Grenyer at 08:10 No comments: 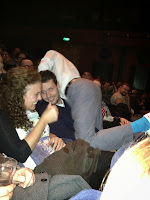 I don’t think I ever want to go and see Paul Foot again. Some of his act was funny, but most of it was just silly nonsense, although the concept of distractions seemed to work quite well. I don’t understand how he can get away with jumping into the crowd and touching people, let alone laying across people. Maybe everyone else there knew what to expect.
Posted by Paul Grenyer at 14:52 No comments: