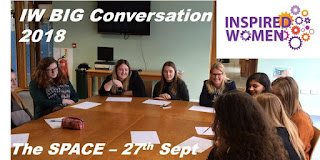 Naked Element are proud to be the main sponsors of Inspired Women’s Big Conversation Conference. Women are under-represented in business, often especially in tech, which is a fact that needs to change. As well as talking and promoting change, Naked Element decided to offer practical support as a sponsor of the Big Conversation. As a local company it makes sense to get behind a regional effort designed to inspire the next generation, and as a forward-thinking company, supporting the Inspired Women Conference was an obvious choice. Naked Element are honoured to see our name alongside such an important and relevant cause.
Posted by Paul Grenyer at 14:52 No comments: 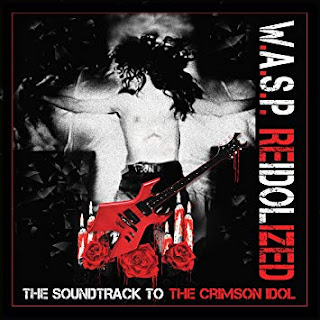 So Blackie Lawless decided to re-record my favorite album of all time and my initial thoughts are why did he bother. I’ve avoided buying it for months until last Friday when I was trying out some new headphones with the re-recorded guitar solo from The Idol and quite enjoyed the new layers and mix of the new version of the song. Although I’m not a musician, it feels like I know every note and I could really hear the difference. It’s not the original guitarist, and consequently the solo wasn’t the same or as good.


The second disk is starting now….
Posted by Paul Grenyer at 09:48 No comments: