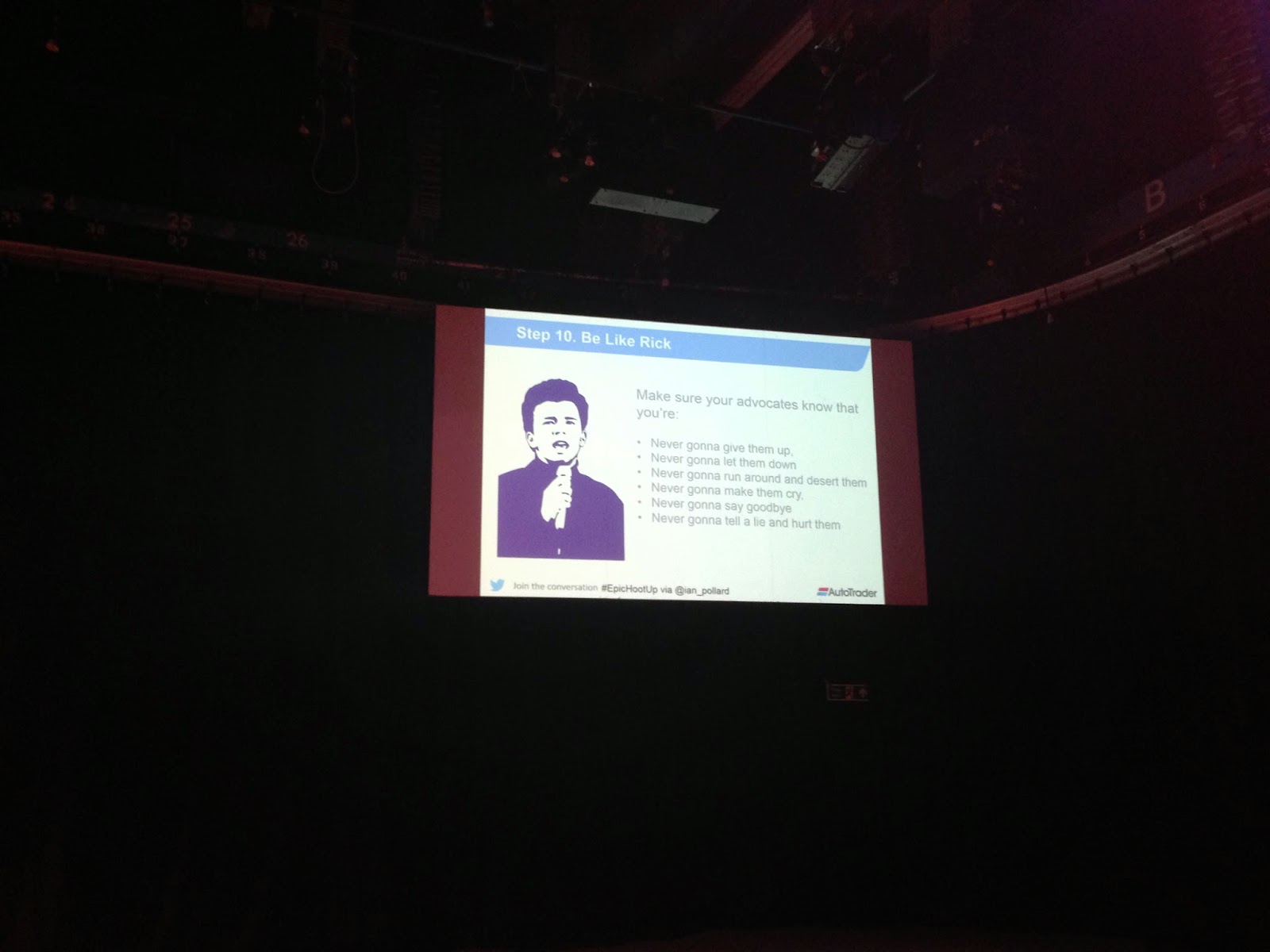 It was over breakfast, early one morning, that Julie ‘Jobhop’ Bishop asked me if I’d speak at the upcoming Epic Hootup. It was only for 15 minutes, so I said I would. The  Epic Hootup is a relaxed gathering during Social Media Week with speakers describing how social media is changing business today. I didn’t really have much that I could say directly about how social media was affecting Naked Element, but social media is how we got SyncNorwich, Norfolk Developers, etc. going and how we keep them going. Naked Element’s support of Norfolk Developers has a clear positive effect on Naked Element so I decided to talk about the Norfolk Tech community and meetup.com. Especially as I think meetup.com is one of the forgotten social media platforms.

The event was held at Epic Studios in Norwich on Tuesday 23rd of September and was run by Chris Greenfield of Bright Yellow Marketing and Julie Bishop of Jobhop. About 200 people attended from the 300 or so tickets that were taken. 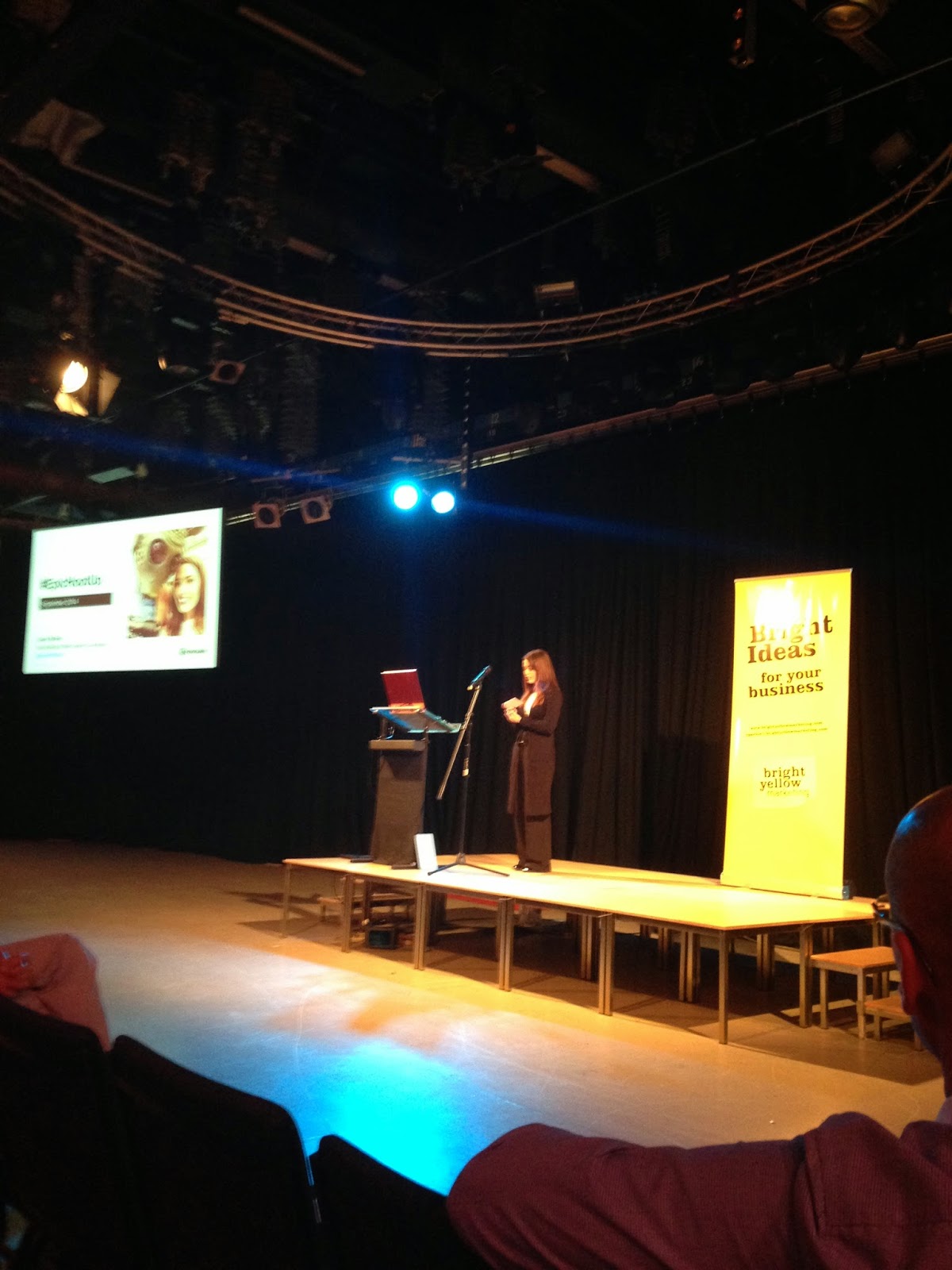 This was my first non-technical event of this type and I really wasn’t sure what to expect. All the key speakers had lots of interesting things to say about how they use social media within their businesses. It was really good to hear how Virgin Money ran their campaigns and the things that they learnt. I’ve long ‘known’ Laura Holland from twitter, but never met her in the flesh. It was great to hear how they use social media at ESE Direct and to meet her afterwards. Ian Pollard, Senior Product Manager at Auto Trader, was a particular highlight as he pointed out how Rick Astley had defined how customer service should be in his song from the late 80s: 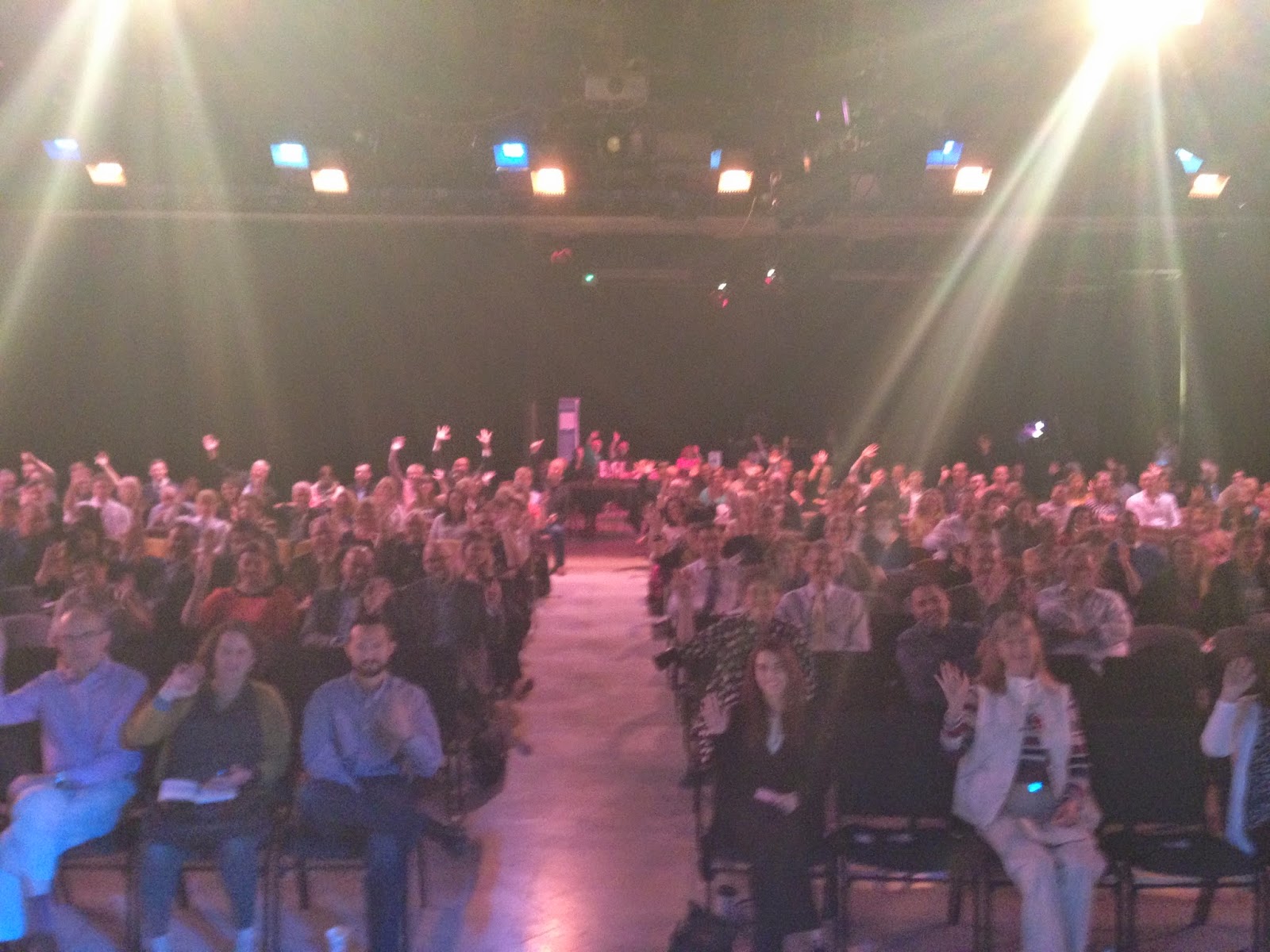 Although I’ve introduced other people in front of bigger crowds, I think this was the biggest crowd I’d ever presented too. It was also great to see so many women. Over 50% of the people there were women. I’m used to predominantly male crowds.

The best thing for me was that the audience really took part. I like audience participation, it helps me understand that what I am saying is being absorbed.  The crowd laughed in all the right places, put their hands up when they needed to and even answered questions. It was great to get lots of positive feedback afterwards too. It appears that my humour was appreciated and my passion came across clearly.