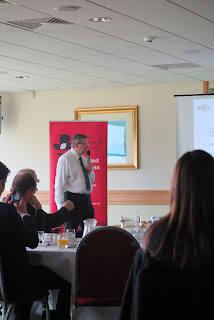 Despite growing up and spending the vast majority of my life living in Norwich, I haven’t really been to the seaside town of Great Yarmouth that many times, despite it being only 20 miles away. I certainly never imagined finding work there. I’ve visited Yarmouth for business three times since Christmas this year, secured one piece of business with a local company and now it’s looking like Naked Element could be securing some more.

I’ve been fascinated by engineering since a young age. From the differential which helped drive the Lego car I had as a child, to internal combustion engines, power stations and large ships and planes, I like to know how things, big and small, work. When I was younger I even wrote to the BBC’s Playschool programme to find out how their clock worked and received a photo and a full explanation in response (I wish I still had them now).

So when a Norfolk Chamber breakfast offered the  opportunity to hear from a senior member of Seajacks, who own and run some of the most advanced off-shore equipment in the world, I was very excited. I enjoy the breakfasts and  networking at the chamber anyway, the big machines  were a real bonus!

After the customary speed networking, which is a great way to mix up the room and help you meet people, and the breakfast itself, John Vingoe, Operations Manager at Seajacks, told us about their largest vessel, the Scylla, and how it would be used to help build the East Anglia One windfarm off the coast of Great Yarmouth between July and October of 2018. The Scylla is a Gusto MSC NG14000X multipurpose jack-up which is home to 130 crew, has a massive deck area of 5000m2, can operate in waters down to a depth of 65m and does up to 12 knots. It’s a beast and will be used to install concrete jackets for the wind farm.

But what’s really great about Seajacks is their commitment to source locally and where they can, they do! There are, of course, some specialist equipment and skills which are not available locally. The East Anglia One wind farm operation will be based out of a port in the Netherlands and although equipment and labour is available in the Netherlands, Seajacks will be flying over its people and supplies from the local area, even though there is a modest extra cost.

The slowdown in the oil and gas industry and its effect, especially on employment in Great Yarmouth, is widely known. Seajacks weathered the storm in a unique way by redistributing its crew around different vessels. John described to us how usually a ship’s company is hired and released as needed on a per vessel basis.

This was Caroline Williams, CEO of Norfolk Chamber’s, last Great Yarmouth breakfast before she moves on to pastures new after 17 years. I’d like to thank Caroline personally for the help, advice, support and friendly engagement she has given me over the last few years since Naked Element has been a Chamber member.  I wish Caroline every success in the future and look forward to bumping into her, as I am sure I will! 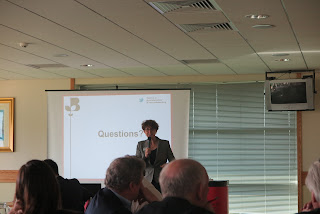 Networking takes time. It’s not unusual to come away from a Chamber event having started to build some excellent relationships, but without much more than a warm lead. From this Great Yarmouth Chamber breakfast I came away with two solid leads and another demonstrating future potential. A morning well spent!