What Makes a ‘Machine’? 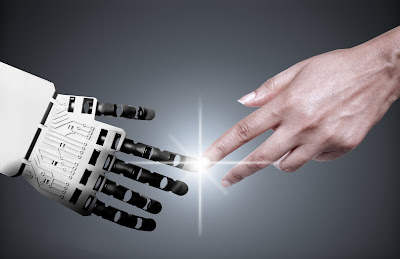 Defining what it is to be a machine is tricky to say the least. In everyday terms a machine is something man-made that performs an automated function. Computers are often referred to as machines but they are much more than the limited definition above. Perhaps, instead of trying to pin down exactly what a ‘machine’ is in the 21st century, it would be more pertinent to define what a machine is to us.

Isaac Asimov once described machines as ‘the true humanising influence’. In his mind machines would only be used to perform functions and carry out tasks that make life possible, leaving humans more time to do the things that make life worthwhile. Essentially through their ability to perform mundane but necessary actions, machines would allow us to indulge in every part of life outside basic functions, to allow us to enjoy what it is to be human. From a more modern writer’s point of view, machines have gone beyond their initial point of freeing us to taking us over. Stephen King focuses stories on machines gone mad in our increasingly automated world. In his film ‘Maximum Overdrive’, a classic Eighties trashy horror, any machine with moving parts becomes homicidal. Lawnmowers, Walkmans, vending machines and lorries are all affected by a passing comet’s radiation (don’t think about it too hard, it’s not meant to be taken seriously), come to life and start killing people. The only solution (spoiler alert) is to find a place where there are no machines, hide there and wait for the astrological phenomenon to pass. In the film our plucky heroes manage to find a sailing boat and a completely deserted island in the middle of a lake, but in reality finding a place without the presence of even the most basic machine would be practically impossible. In his book ‘Cell’, King uses the ubiquity of the mobile phone to reset the whole of humanity back to its animal instincts. Anyone who doesn’t have a cell phone at the time is soon killed and eaten by those that did. In his view technology and automation are so pervasive that they can plausibly (forgetting the green comet radiation) be used to cause global disasters affecting the whole of humanity. Not a virus or giant tidal waves, but machines we invented and built ourselves.

Conversely, anarchic cartoon South Park showed us that while we might think we don’t need machines, we still want them, especially when it comes to fulfilling mundane, everyday tasks. Characters in a recent episode complained that they were losing their jobs and being replaced by machines, but when given the chance to work as the electronic assistant ‘Alexa’ in the Amazon Dot device, they found the job so demeaning they quit. They realised that adding items to shopping lists and playing songs on demand were jobs that were beneath human beings and left Alexa to it. Who knew that technology would evolve to the point where an episode of South Park would prove a point made by Isaac Asimov nearly fifty years earlier?

Popular culture and plot devices aside, machines, of any kind, were created for a purpose – to make things better. Either to speed up processes, increase yield, reduce workload; to make things safer, quicker or more accurate. When we see a machine in this way, they become a tool to be used, rather than technology to be relied upon. We choose to use them, rather than to not be able to live without them. Rather than our future coming crashing down on us because of our reliance on our own creations, machines will hopefully become assistants to our way of life and give us more time to enjoy it. As Asimov said “It is machines that will do the work that makes life possible and that human beings will do all the other things that make life pleasant and worthwhile.”