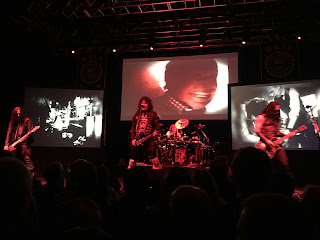 Right from the opening track it’s clear why WASP’s 1992 masterpiece is the ultimate heavy metal album. Line up changes have always plagued WASP and by the time of the Crimson Idol, long time guitarist Chris Holmes had left the band and only Blackie Lawless was left. Did it matter? No, Blackie writes everything anyway and on The Crimson Idol he played everything except drums and lead guitar.

The first thing you notice is the the drums. They’re different and significantly better and more intricate than on any other WASP album. Then there’s the lead guitar work. Chris Holmes is good, but he’s no Bob Kulick (brother of Bruce who played with KISS in the early 90s). Of course you’ve got that signature BC Rich guitar sound and when you combine all of this, Blackie Lawless's unmistakeable vocals and a heavy dose of the ‘higher you fly the further you fall’ concept album lyrics culminating in the The Idol, the best song with the best guitar solo ever, it makes for a magnificent album. 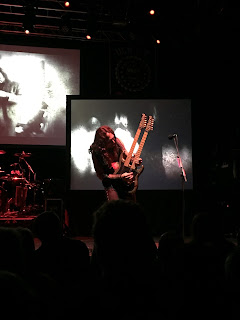 I’ve seen WASP several times, including them playing The Crimson Idol all the way through in Nottingham in 2007. The concern then was whether latest guitarist Doug Blair would be able to perform The Idol guitar solo live as well as Bob Kulick had on record. No worries there it turns out. So I was really looking forward to seeing it again in Norwich in 2017.

However, I’m increasingly of the opinion that Blackie Lawless and long time bass player Mike Duda are beyond giving a shit and just going through the motions. They barely move, Blackie spends quite a lot of time with his back to the audience and only speaks to us briefly in the encore which consists of just four songs. Neither smile. Blackie looks a mess. Mind you, so does most of the audience. Adding insult to injury and complete contempt for the audience, Blackie doesn’t switch to an acoustic guitar for The Idol. Playing those parts on electric guitar changes and degrades the song. Fortunately Doug Blair and new drummer Aquiles Priester are superb musicians and showmen throughout. The definition in the UEA LCR PA could have been better.

Doesn’t sound like I enjoyed it does? I did! It was fantastic. It was amazing to step back into my teenage years of 25 years ago. 2015’s Golgotha is the only good WASP album since 1995’s Still Not Black Enough and the title track was a fantastic bonus in the encore. WASP have consistently released albums over a long career. They don’t seem to be going anywhere soon, so if you get the chance, go and see them. You’re unlikely to be disappointed. 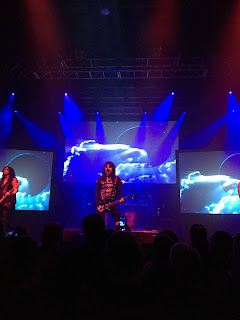