Norfolk Developers: Let's get function with F# in January 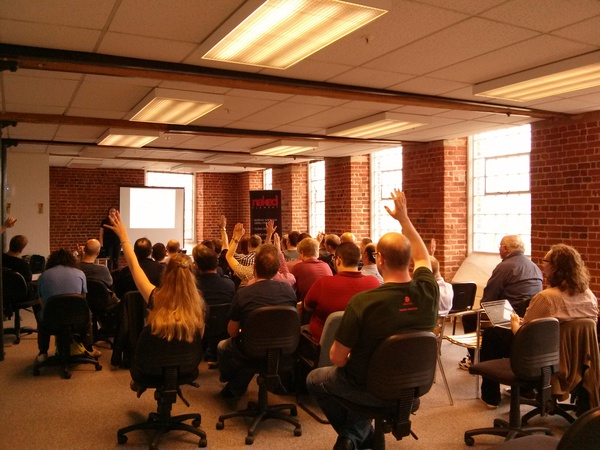 Norfolk Developers are extremely lucky to have Phil Trelford returning for both the evening event and a workshop the following day. Details are below. Please sign-up now.

What: Functional Hands on Workshop with Phil Trelford

Prerequisites: A laptop with F# installed.

In this session, we'll learn about the Naive Bayes classifier, and take a classic Machine Learning problem, recognizing Spam from Ham.

FParsec is a parser combinator library for F# that let's you quickly build a recursive-descent text parser.

What: Write your own compiler in 24 hours with Phil Trelford

Compiler writers are often seen as the stuff of myth and legend.

In this session we'll step behind the proverbial curtain and reveal how compilers actually work.

Expect plenty of live code samples, primarily in F#, covering language design and parsing, all-the-way through to emitting code. This session is aimed as a primer for those interested in writing an external DSL, general purpose language or just understanding how these things work.