It's Friday I'm in Love 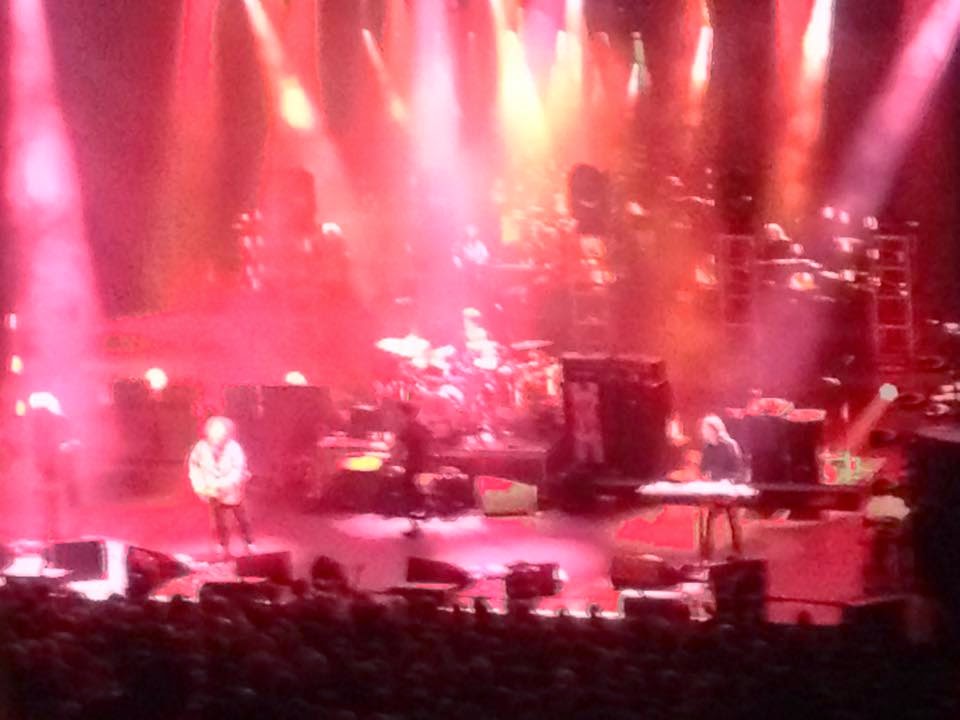 I booked tickets for the wrong night and I’m so glad I did! The Cure announced two dates at the Hammersmith Apollo in December and I was ready at 9am on the day they went on sale as if I failed to get them there was no way Charlotte would forgive me. When the list of gigs came up I selected the latest one as I assumed that would be the least popular. Little did I know that they’d added a third date last minute and that was the date I had bought tickets for. After the initial panic with what I thought was the wrong date on the confirmation email I decided it didn’t matter.

After the second of the three nights I looked up the setlist online. Charlotte has told me of a number of bands she wants to see and asked me to look out for tickets. The first was Placebo. I’m not the biggest Placebo fan ever, but I thought as long as they play Nancy Boy, which I like, it’ll be fine. They didn’t. I’m not the biggest fan of the Cure, but I love Friday I’m in Love. They didn’t play it on either of the first two nights, so I wasn’t really looking forward to the gig.

We arrived in time for the support band, The Trees. They started off well, but became very inconsistent in their playing and the lead singer was a pretentious muppet. I don’t think we’ll be bothering with them again.

The Cure came on soon after. They were good from the start. I knew very little that they played up until In Between Days but it was all great. We were in seats and most people were stood up around us. Some people had just sat down when Robert Smith said “I know I’m going to regret this!” and started playing Friday I’m in Love. We really weren’t expecting it to be played and were both over the moon. It’s the only song we stood for.

The remainder of the first set consisted of 23 songs. The last 10 or so were quite heavy by Cure standards and really amazing. I was surprised how many I recognised and there were quite a few from Wish, which is an album I really like. The four encores consisted of more songs I didn’t know plus all the classics you’d expect like Boys Don’t Cry and Love Cats. All played brilliantly. In fact in the end the only thing that could have made it better for me would have been Killing an Arab and Letter for Elise.

(Thanks to Penny Batson for the photo).