Deep Tech is affecting people’s lives without them even knowing it. 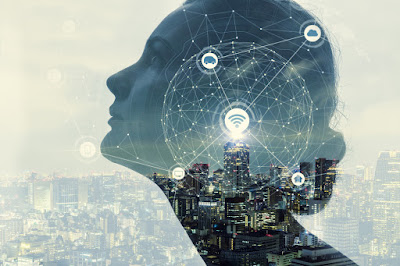 Deep Tech sounds like a character from the X-Files right? While it’s not a covert government agency, Deep Tech is affecting people’s lives without them even knowing it, but it’s not something we need to be afraid of. There are lots of very technical and wordy definitions of Deep Tech, but essentially it means technology that has an engineering aspect while having a demonstrable impact on people’s daily lives. Rather than a disruptive technology, like AirBnB or Deliveroo – apps that alter a service that already existed – a Deep Tech breakthrough could use technology to cure cancer or expand space travel. AirBnB is an intangible app, while Deep Tech often involves robots or breakthroughs in scientific or medical equipment.

Good examples are artificial wombs to increase the survival chances of premature babies, or brain implants to improve the independence of stroke victims. It’s not just medical advancements that are benefitting from Deep Tech, but improvements to smart homes and cleaner cities as well as energy efficiency are all developing areas of Deep Tech. Self driving cars and lithium-ion batteries could vastly improve the environment and how we live in it and are both examples of Deep Tech. Since

2015 European investment in Deep Tech has been growing three times faster than B2C investments (Wavestone) and it’s easy to see why when the impact that technology of this kind can have is made clear. Rather than just making it easier for people to order the weekly shop, or interact with a video on social media, discoveries in the Deep Tech arena make fundamental changes to how we live and survive. Researchers and scientists working in Deep Tech have not only created machines that can replicate human actions, but improve them. Like something from a science fiction movie, ‘HoloEyes’ are goggles that can provide a surgeon with a patient’s anatomy before the first incision is made, right there in the operating room. Harvard scientists have gone one further into the science fiction realm and created a brand new material, never before seen on earth. Metallic hydrogen was formed after 45 years of research and tests and has enormous potential, from space travel to superconducting abilities.

Deep Tech is technology at its most advanced and it’s most useful. While it may not affect all of us at once, the advancements being made in this field have a huge impact that will influence and hopefully improve daily life on a global scale.

Talk to me about Deep Tech.
Posted by Paul Grenyer at 06:47