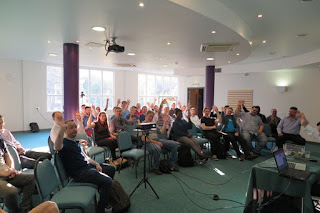 Creating multiplayer games is hard. One of the reasons is that networks are unreliable and laggy. In this talk we'll discuss several techniques to give players a smooth experience even under suboptimal conditions.

Gabriel was a senior software engineer at Improbable for a year because turning into its Head of Marketing for some reason. Before Improbable he had spent four years as a software engineer at Google, and nine years running Mystery Studio, a small indie dev studio, where he started researching networking techniques for multiplayer games after making yet another match-three stopped being challenging. 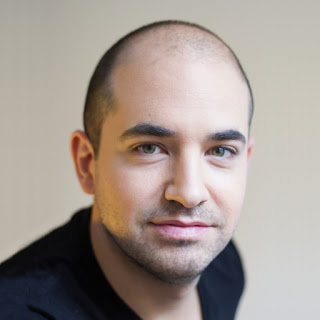 Autonomous robots open up amazing possibilities for highly productive one-to-many modes of human-machine operation.  Rather than needing to push your vacuum cleaner around the house, you’ll soon just get it started and tell it whether it has done a good job at the once it has cleaned up all the dust. These new types of autonomous machines will allow us to reclaim much lost time and will usher in new paradigm of hyper-performance that entirely transforms the status quo for both the users and creators of technology. Through telling the stories of the foremost British-based robotics start-ups, Dominic will demonstrate the breadth of robotic invention and the hope it gives us all for the future.

Dominic Keen started Britbots to helping British robotics start-ups flourish by providing access to capital and opening up new commercial opportunities.  He brings a wealth of experience to rapidly growing early-stage businesses, having previously floated the software business he created on the London Stock Exchange. Dominic has been a member of the Great Britain judo team and graduated in Engineering from Cambridge University. He is a passionate advocate of the societal and economic benefits of widespread robotisation.

"I am a successful British entrepreneur. Having previously floated the software business that I founded on the London Stock Exchange, I now help exciting ventures to maximise their growth potential. My fascination with all things robotic drives an impassioned evangelism of the field." 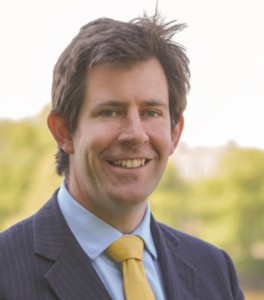