Immune to the EU referendum? 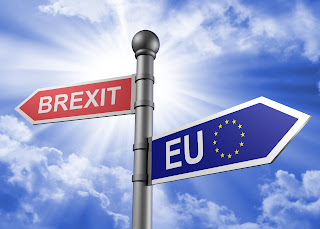 I actively avoid posting about politics on social media. To me it’s a personal thing. I’ve also been avoiding posting about the European Referendum. I have a view, in fact I’ve already voted, but it’s personal.

There are a lot of businesses who are encouraging their employees to vote one way or the other, notably BMW and JCB. I’ve considered the referendum form a Naked Element point of view and, as things stand, I cannot see clearly how either outcome would affect us. Our current clients are continuing to invest in the software we’re writing for them and don’t appear to be putting off any decisions until after the referendum. New enquiries are still flowing in at the same rate.

We have a client for whom we recently finished a web application. They asked us to bill them for the hosting every month. Following the first invoice they asked if they could be billed for the next twelve months instead. We use Digital Ocean for hosting and they charge in dollars. Normally this wouldn't be a problem, we'd calculate the cost of the hosting for the most recent month, multiply it by twelve and just absorb any, likely minor, fluctuations in the exchange rate.

One of the most frequently reported likely consequences of leaving the European Union is a significant drop in the value of sterling compared to other currencies, such as the dollar. This could significantly increase the cost of Digital Ocean hosting to Naked Element. Is it enough to worry me about the possibility of exit or to ask Naked Element employees and associates to vote in? No, of course not. If we do leave and the exchange rate does drop, it’s just something our business, like many others, will have to deal with. The worst case scenario is that we have to find ourselves a UK provider or one who charges a reasonable rate in GBP.

So far this is the only potential effect of the referendum I am aware of for Naked Element. I am sure time will tell, but Naked Element appears otherwise immune. Once we explained the situation, our client was happy to wait until after the referendum for their twelve month hosting invoice.

In the meantime I'm looking forward with interest to this week’s result and to see how the country votes and the immediate and long term effects of the decision.