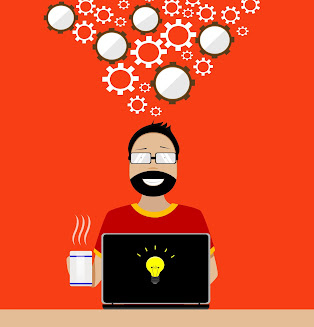 Make no mistake, I LOVE DigitalOcean! It’s simple to use and reasonably priced, especially compared to some of its better known competitors. They even respond quickly to queries on Twitter!

A couple of days ago I received an email from DigitalOcean inviting me to try out their new Beta 2 for App Platform (DigitalOcean’s PaaS product) which they described as follows:

“It handles common infrastructure-related tasks like provisioning and managing servers, databases, operating systems, application runtimes, and other dependencies. This means you can go from code to production in just minutes. We support Node.js, Python, Ruby, Go, PHP, and static sites right out of the box. If you have apps in other languages, simply create a Dockerfile and App Platform will do the rest. You can deploy apps directly from your Github repos and scale them (vertically and horizontally) if needed.….”

I’m also a fan of Heroku for its ease of application deployment and, with the exception of a few AWS services, Heroku is the only platform other than DigitalOcean which I regularly use for deploying my projects. I use Heroku because I don’t have to provision a Droplet (a Linux server on DigitalOcean) to run a simple web application. Now that DigitalOcean has a similar service there’s a good chance I won’t need Heroku.

The DigitalOcean App Platform (which I’ll refer to as ‘Apps’ from here on) doesn’t yet have as many features as Heroku, but the corresponding features which Apps does support are much simpler to work with. There are basically two types of applications you can run, a static website (static), a web application (service) or a worker. A worker is basically a service without any routing and can be used for background tasks. As with Heroku you can add databases as well.

Apps is currently in Beta which means it’s an initial release of a potential future product. Customers who participate in DigitalOceans beta programs have the opportunity to test, validate, and provide feedback on future functionality, which helps DigitalOcean to focus their efforts on what provides the most value to their customers.

I was (am!) very excited and decided to try a few things out on Apps. Below you’ll find what I tried, how I did it and some of what I learnt.

The simplest type of ‘app’ which you can deploy to Apps is a static website and it really is straight forward. Remember the days when you would develop a website by creating files in a directory and opening them locally in a browser? Well, once you’ve done that you can just push them to GitHub and they’re on the web!

1. Create a new GitHub repository - it can be private or public.

I’ve used the Bootstrap Hello, World! example as it brings in CSS and JavaScript, but any HTML example will do.

3. Log into DigitalOcean and select Apps from the left-hand menu.

On the next page you’ll be asked to choose a name for the app, select the branch to use from your repository and configure ‘Autodeploy on Push’.

7. Update the name of the app if you want to, leave the rest of the defaults as they are and click Next.

On the next page you have the option to add build and run commands. You don’t need any for a simple HTML app.

8. On the ‘Choose Build Configuration’ page click ‘Launch App’ to deploy the app and wait while Apps configures the app.

9. After receiving the ‘Deployed successfully!’ message, click the ‘Live App’ link to launch the app in a new tab.

That’s it! Your HTML page is now live on DigitalOcean’s App Platform. You can treat your repository just like the root directory of a website and add pages, images and JavaScript as you need. Just add them to the repository, commit, push and wait for them to be deployed.

Apps will generate a URL with a subdomain which is a combination of the name of your app and a unique sequence of characters, on the domain .ondigitalocean.app. You can configure a custom domain from the app’s settings tab and Apps provides a CNAME for redirection.

The next step up from a static asset app is a simple node webapp. Apps will install Node.js and your app’s dependencies for you and then fire up the app.

I was hoping to be able to deploy a very simple node webapp such as:

But this seemed to confuse Apps. It requires a package-lock.js file, which is generated by running npm install, to be checked into the repository and didn’t deploy successfully until I added the express package.

1. Create a new directory for a simple node project and move into it.

2. Run npm init at the command line. Enter a name for the app and accept the other defaults.

so that dependencies are not checked into the repository.

This will also generate the package-lock.js which Apps needs and must be checked into the repository with the other files.

5. Create an index.js file at the root of the project:

Apps injects the port the webapp should run on as an environment variable called, PORT. This is easily read by Node.js as shown.

6. Add a start command to the scripts section in package.json:

7. Create a new GitHub repository, it can be private or public, and check your node project into it.

Then follow from step 3 of the Static Asset app above. Note at step 8, Apps has automatically configured npm start as the run command, having detected a Node application and you can select the pricing plan on the same screen.

WARNING: Node applications are NOT free on DigitalOcean App Platform. Make sure you delete unwanted applications from the Settings tab.

As well as Node.js, Apps appears to support Ruby, Go and Python nativity, as well as others. What about .Net or other languages and platforms? For those Apps supports Docker. Let’s see if we can get a simple dotnet core application running in Apps.

1. Create a new directory for a dotnet core project (e.g. dotnetcore) and move into it.

3. Add a Dockerfile to the project:

# Copy everything else and build

Apps injects the port the webapp should run on as an environment variable called, PORT. Make sure the Docker image will expose it as shown.

4. To make sure the application runs on the port injected add the following UseUrls method call in program.cs:

5. To prevent the application trying to redirect to a non-existent ssl port, remove or comment out the following line from startup.cs.

6. Building a dotnet core application generates a lot of intermediate files that you don’t want to check in, so add an appropriate .gitignore file to the root of the project.

7. Create a new GitHub repository, it can be private or public, and check your dotnet core project into it.

Then follow from step 3 of the Static Asset app above. Note at step 8, Apps has detected the Dockerfile and is not giving the option for build commands. You don’t need to specify any run commands and you can select the pricing plan on the same screen.

WARNING: Docker based  applications are NOT free on DigitalOcean App Platform. Make sure you delete unwanted applications from the Settings tab.

There was one big disadvantage for me and that’s the lack of a free tier for anything more advanced than a static web application. The cost isn’t extortionate (https://www.digitalocean.com/docs/app-platform/#plans-and-pricing), but quite a bit for hobby programmers. If you want to use a database on top there’s a further cost, whereas this is free to begin with in Heroku.

Apps currently only supports GitHub. You can use private repositories, which is great, but I’d like to see BitBucket support as well. Heroku has its own git repositories as well as supporting external repositories.

I’d also like there to be Terraform support for Apps as there is for the rest of the DigitalOcean services. However, given that Apps in Beta, I can see why it isn’t supported yet.

Overall Apps was very easy to use and had a much shallower learning curve and was generally easier to use than Heroku.  DigitalOcean, do you think we could have AWS style Lambdas next, please?