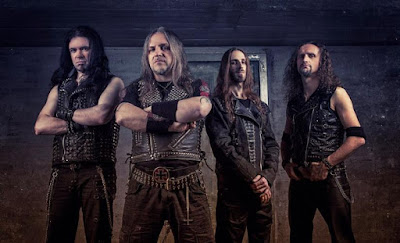 It’s no secret that I like death metal. Three of my favorite death metal bands are all from Poland. I’ve been lucky enough to see all of them at least twice individually, but never together. I’ve often wondered why they haven’t all toured together. I’ve never been to Poland either so I’d settle for seeing them all together in their home country. 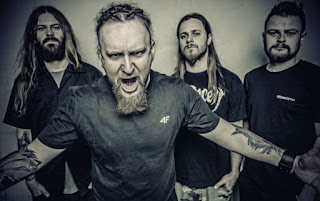 Opening the show I’d have Decapitated a technical death metal band. Their style, as you would expect, is heavy and progressive. While currently the smaller and less well know of the three bands on this bill, Decapitated are growing in popularity and are poised to step into the shoes of metal titans such as Lamb of God.

After getting into Vader and Behemoth I was really excited to read about another Polish death metal band and I wasn’t disappointed, especially as I also have a soft spot for progressive metal. Often with metal bands who have been around a while, their back catalogue is noisy and unpalatable. Not the case with Decapitated. They’re tight, aggressive and heavy from the first album through to the more recent ones. I’ve seen them play three times now (once even in Norwich) and their live performance demonstrates their skill as musicians. 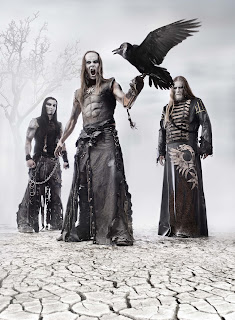 I’d have Behemoth second on the bill. By far the biggest of the three bands, Behemoth are one of the best metal bands around at the moment. Currently (summer 2017) they are touring the US with Lamb of God and Slayer. I’ve seen them play three times. Once to about 10 people at a club in Bradford and twice to thousands at Bloodstock.

Their singer is often in the press, in Poland and around the world. He famously burned a bible on stage in Poland and was promptly arrested. Later he was diagnosed with and beat cancer.

In the early days Behemoth’s style of ‘blackened death metal’ was heavily influenced by US death metal giants Morbid Angel, but much more palatable. That said they’ve improved on almost every album. Their 2013 album the Satanist is a masterpiece of modern metal. Probably their least heavy album to date, but still crushing.

Headlining I’d have Vader. I’d describe them as the godfathers of Polish death metal. While not as popular or well selling as Behemoth, they belong at the top. Vader play more traditional death metal, sometimes with trashy tinges. I really struggled to get into their back catalogue. I just wasn’t ready, but every album is superb.

I’ve seen them twice, both times in small clubs. Their sound wasn’t the best, but being a huge fan I put that down to the PA in the clubs. I am sure that atop such a fine bill, they would shine and show what they can really do.

Of course the final encore would comprise of all three bands playing a metal classic together.