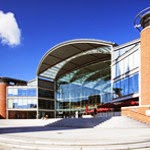 Where: The Forum, Norwich, NR2 1TF

Following the success of the Software Discussion Panel, Norfolk Developers is going to try a software related Room 101 based on the BBC TV show. Three contestants will take part in three software themed rounds and offer aspects of software development that they would like to see put into Room 101. At the end of each round the host will decide which contestants suggestion to put into Room 101. The contestants will make their choices prior to the event. The categories will be:

In the wildcard round the contestants can offer up any aspect of software development to go into Room 101.

Our three contestants are:


More than just a UML ORM for .NET?

Capable Objects ECO framework is more than just another ORM for the .NET Framework.  Having used this tool for many years, Scott will discuss some of the advantages that have kept it as a tool in his component-set for many years, since before the Entity Framework was at Version 1.  From speed of designing a business model, flexibility of back end database persistence support, communications opportunities, strong UML and OCL support and advanced features such as Object Versioning.  This may be a fast packed session to cover so many of the features, hopefully of interest to other .NET developers.

Scott Price had been experimenting with computers and software since early teens, and not surprisingly has ended up involved with software, databases and custom systems.

Having started much of his early work with languages such as Pascal/Delphi, Java, C/C++ and other older languages, most of the past decade has been spent utilizing the .NET Framework.

Whist most of his time is spent consulting and working with and on corporate customers projects these days, he has enjoyed previous presentation opportunties with other developer groups (generally around London), and is very happy to be able to present some of these topics in Norfolk.