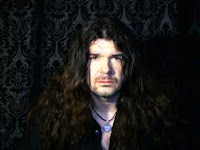 http://rememberingandrewmacmcdermott.webs.com/
Posted by Paul Grenyer at 08:06