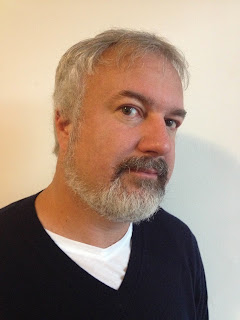 Too often as software developers we take features as given – EE are there to give the customers whatever they want. The thing we neglect to realize is that feature choice impacts the longevity and maintainability of systems. In this keynote, Michael Feathers will explore this idea and describe now we can move toward a model where business weighs these impacts in the context of systems development.

The resurgence of functional programming has had an odd manifestation in today’s technologies. Although we’re learning the value of immutability and starting to see that we don’t need class hierarchies to solve every problem, the type of code that we’re writing is actually stricter than what has been common in traditional functional programming languages. We’re using LINQ, Rx, Java Streams, and Ruby Enumerable to compose pipelines that transform data from stage to stage without access to any other state. This calls for a different design approach. In this session, Michael Feathers will outline strategies you can use to decide when and how to use this style.

Decades ago, Melvin Conway coined what is now called Conway’s Law: “organizations which design systems … are constrained to produce designs which are copies of the communication structures of these organizations.” Conway’s Law is a deep insight but it is only the tip of the iceberg when we try to understand the interaction between organization and software. We fail to appreciate that we can use team structure, day to day process, and the interface between business and development as levers to affect the quality of design and code. With this perspective we can also see that concerns like technical debt and portfolio management lend themselves to new solutions when we understand software’s sensitivities upon its environment.

In this workshop, we’ll explore the intersection between software and organization through a series of group exercises and discuss ways of putting this understanding into practice.

Michael Feathers (@mfeathers) is the Founder and Director of R7K Research & Conveyance, a company specializing in software and organization design. Prior to forming R7K, Michael was the Chief Scientist of Obtiva and a consultant with Object Mentor International. Over the past 20 years he has consulted with hundreds of organizations, supporting them with general software design issues, process change and code revitalization. A frequent presenter at national and international conferences, Michael is also the author of the book Working Effectively with Legacy Code (Prentice Hall, 2004).

Michael's workshop is on Thursday 25th of February at the Kings Centre in Norwich and tickets cost just £20 + fees.
Posted by Paul Grenyer at 19:10